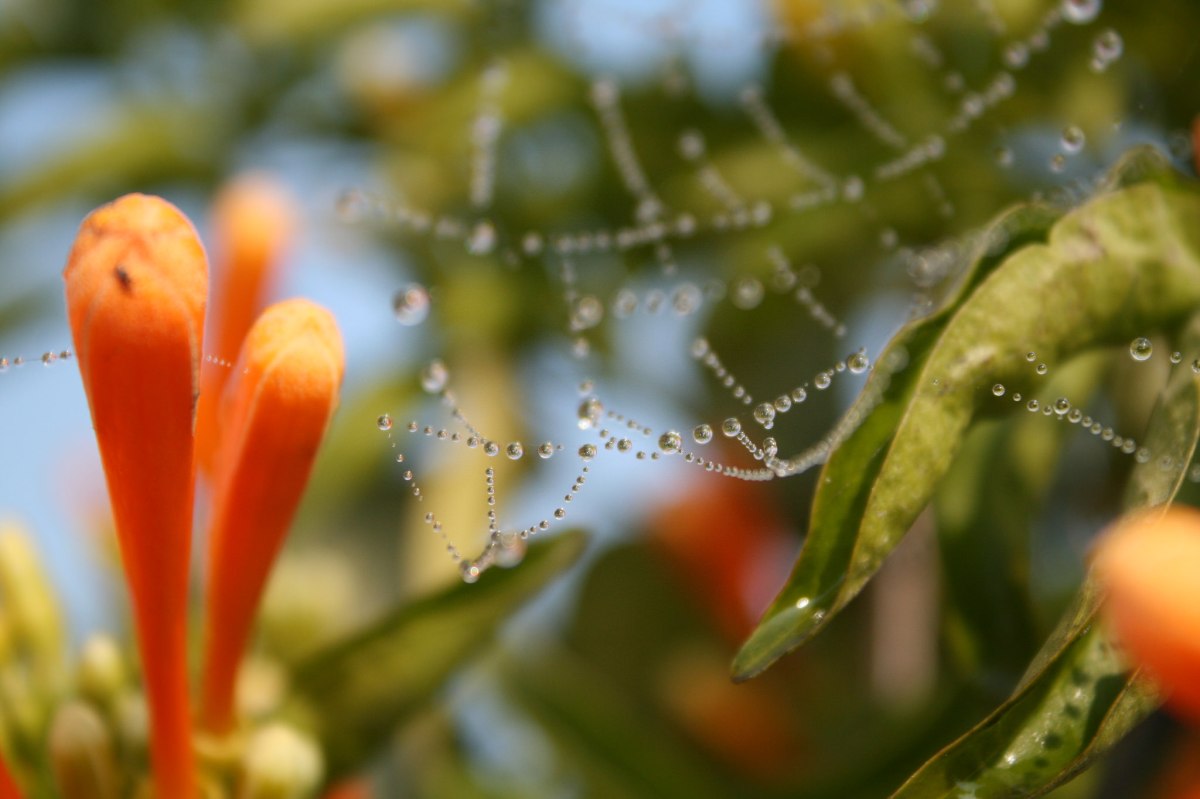 The fallen walls crush
All hope and dreams of freedom.
Tomorrow’s bleak dawn.

With one final step,
The warm wind takes me, smiling,
To find peace at last.

A glimmer between the trees,
Fresh, catching the morning dew.
Each delicate thread a ray of light,
patterns of a spiders nimble hands.

August’s short poetry spotlight falls on three absolutely sumptuous poems, each of which are delicately balanced in the author’s choice of words and feature a beautiful flow. With sunshine our theme for this month, it’s a fantastic way to showcase some of the best poems from contributors Blue-Eyed Devil and Dizzy Dazzle. From the warmth and morning dew of first light to the very last, all three poems convey great meaning in their short form. If you enjoyed both of their work and would like to view more poetry, please see Blue-Eyed Devil’s “Wake Me When It’s Winter” and Dizzy Dazzle’s “The Humanitarian”.

Have you ever tried to open your heart?
To someone whom you adore
But yet they walk all over you
and break you to the core.
Their callous, tearing, spiteful words
just cut you through and through.
Yet never even realize the hurt that they can do.
They walk along oblivious,
to what their feelings say.
And keep on crunching through your soul,
until you waste away.

Written by Rivers of Tarmac

Sad beauty, stillborn.
The call of despair sweeps out
Slicing souls to shreds.

Raising the concept of duality, these two pieces of poetry lay in stark contrast with one another. Rivers of Tarmac lies in the beginning of something new, it embodies the warmth of a new memory. But Blue-Eyed Devil’s Haiku cuts to the core, delivering a beginning which has come to such an abrupt end. We hope you enjoy both poems and take a moment to think on them. For more of our short poetry selections, you can check out Mattress and Graffiti, and our writers’ Haiku Selection.

Ripples of the mind…
Image Courtesy of Creative Commons

[I]
One small question tugs at the mind

And I fear that the answer revealed would be bad.

Am I a mad man at play being sane

Or a sane man feigning being mad?

As tears of gods that crash down

Storm too slow to pass.

This small selection of poems were created by one author – our Haiku Hero, Blue-Eyed Devil – but this time we’re mixing up his writing a little by adding in a short poem with two haiku. Don’t worry, you can still sit back and have your brew while we give you a minute to read, ponder and decipher his mad scribblings, but just with a new snazzy title that puts his work in the spotlight. Plus, you wouldn’t really forgive us if we snuck in a short poem with two Haiku and labelled it as “Haiku Selection V”, would you? If you enjoyed this and haven’t checked out his other Haiku, make sure you take a gander at ‘Haiku Selection IV‘. 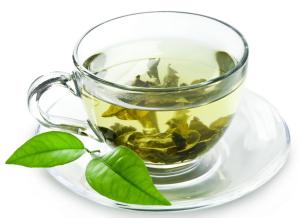 Here’s some green tea to accompany this month’s Haiku Selection.

We are nearing the end of April, and also the end of the day, so what better way to spend your time than reading Haiku while drinking a hot cup of tea? And it doesn’t just have to be Yorkshire Tea or Earl Grey Tea or the classic English Tea, it could just as easily be some green tea – we like to keep our options open at Inkblots.

As always, we’ve picked an absolute stellar of a selection for all your Haiku needs, and we’ve even picked three that work together as a whole as well as individually. Can you spot the recurring theme or ongoing narrative within this selection?

So, without further adieu, you have one minute to read, another to ponder and one extra to decipher. END_OF_DOCUMENT_TOKEN_TO_BE_REPLACED

These Haiku posts just give us an excuse to look for pictures of tea and biscuits! Mmmm… cream tea.
Image Courtesy of blog.englishtrackers.com

The warmth of Spring is finally in the air! Here in the UK, we’ve had a sunshine-filled day, and it is more than welcome, what with having to battle a weird string of blitzing, wintry winds and (more than usual) lots of snow. Well, we didn’t get as much as Canada, but by heck we sure moaned about it. Hey, that’s what we Brits do best (unfortunately)!

So, with a spring in our step – and hopefully yours – we’ve got another selection of Haiku to bring you today. I’ve specially picked these three poems as they seem to tell a story, what that story is, however, you will have to figure out yourself. With many interpretations to seek, or gather, you have one minute to read, another to ponder and one extra to decipher – so get cracking! END_OF_DOCUMENT_TOKEN_TO_BE_REPLACED

Ah, that certainly hits the spot.
Image Courtesy of tryingmypatients.com

Working today and time for another break? Or are you feeling warm and cosy this Sunday afternoon, curled up on the sofa watching Christmas films? Whatever you’re doing, make sure you spare some time for this month’s selection of our three-minute Haiku.

You have a minute to read, a minute to ponder and a minute to decipher for each of them. That’s only nine minutes in total – perfect for a tea break.

Our selection is a little darker this month, but the second does promise snow, just not the one you’d hoped for.  END_OF_DOCUMENT_TOKEN_TO_BE_REPLACED