Welcome to our Christmas Special post for all our wonderful readers and followers. This year we’re posting a few festive tales to get you into a sparkling mood from our 24 Door Advent Calendar – exclusive to members of our forum. Below are the first two short stories and more are on the way! So put your feet up, grab a mince pie, mulled wine (or a glass of sherry) and read on…

Let’s kick off with a short story with our favourite sweet pastry treat.
Image Courtesy of Splenda at reveal.co.uk

Thwak Ng jerked from his reverie, and picked up the ringing phone on his desk.

“Good morning colonel. Yes, the problem has been dealt with in the usual way.”

Ng is puzzled by Bhadi’s puzzlement: “We carried out the executions at dawn.”

Colonel Bhadi shouts “who on earth have you executed?”

Ng is worried. “The two men you sent.”

“I thought that was what you wanted.”

“Why? In God’s name why? They were just bringing you mince pies.” 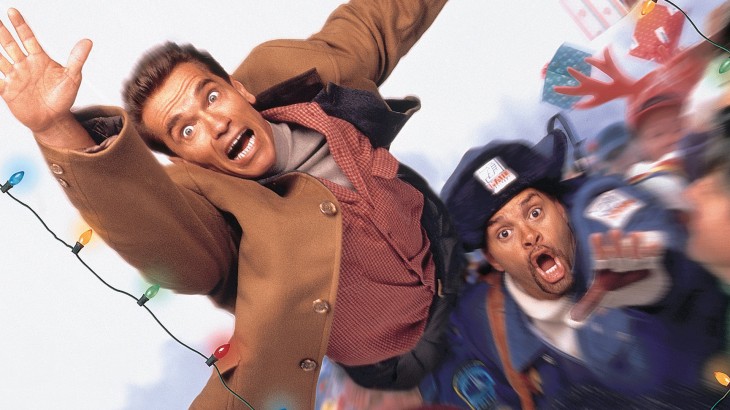 We just love Arnie in Jingle All The Way, we hope you find the references in the tale below!

The little girl’s eyes were glued to the television screen. She was watching an old 90s animated film with very tiny ponies and humans; she was fascinated. Laid down on the soft carpet, Hannah’s arms propped up her head – a pillow comforted her elbows from the tickly pile underneath. The eight-year-old had been laid there for a good hour watching the film, while her parents were upstairs sorting out her presents (not that she knew that, of course).

Hannah’s father was a builder by trade and often worked long hours, sometimes driving hundreds of miles a day. Her mother was a nursery teacher and she still got jealous of those smaller girls and boys that gave her mum flowers or yummy chocolates at the end of the school year. Apparently, she wasn’t old enough for “grown-up” chocolates like Thorntons or Roses, but her dad would always sneakily give her the strawberry-flavoured pink ones. Hannah eyed the unopened box of Roses sat underneath the Christmas tree, she almost reached out to take off the sticker and open them, but she didn’t want to ruin her chances with Santa and get a lump of coal for Christmas. Besides, she’d had her eye on that beautiful Princess Emily doll that had been advertised on the telly. Hannah turned back to My Little Pony, choosing to ignore the soft murmurs coming from upstairs.

“Honey, we’ve been to every store in the city and none of them have this doll,” Hannah’s mother remarked to her husband, Brian.

“Holly, there must be one somewhere. Hannah will be devastated if Santa doesn’t deliver it.”

“I know. But even online retailers are out of stock – this Princess Emily is just flying off the shelves!”

“So what do we do?” Brian asked, rubbing his moustache in agitation.

“I’m not sure,” Holly paused. “There’s only a few days left until Christmas, but if nowhere gets them in, do you reckon she’d be disappointed if we got her Princess Delilah instead?”

They sat on the bed in silence for a while wrapping the remainder of Holly’s presents. All together they’d bought her a brand new purple bike, a couple of gorgeous dresses, jeans, new shoes and a Nintendo 3DS with Super Mario 3D Land bundled in. But all of those presents were merely bonuses when compared to the Princess Emily doll.

Holly shook her head in frustration, “Susie says there could be some new stock shipping in on Monday, just two days before Christmas. They won’t have them out on shelves until Christmas Eve though.”

Holly nodded. “Yeah, but there’s only going to be like 10 or 20 coming in, apparently that’s all the store could get hold of this late up to Christmas. Ugh, I just knew we should have ordered it online when we had the chance back in November.”

“Hol, there’s no point in thinking about that now. We’ll just wait in line on Christmas Eve for it.”

When Christmas Eve came, Hannah just couldn’t sit still. She asked her mum if she could help with the soup. With her mum’s direction, she added in some rosemary and thyme. The soup smelled lovely, she was tempted to eat it all up now! Hannah eyed her mum watching the clock.

“Should Daddy be home now?” the eight-year-old asked while combing her fingers through her blonde hair.

“Oh,” Hannah shuffled her feet. She’d heard them last night arguing while she was in bed. Maybe it was something to do with that. She didn’t want them to be grumpy on Christmas day with each other.

While Holly was anxiously looking at the clock, Brian was still queuing at Toys R Us. He had managed to get a hold of the elusive Princess Emily doll, but there were parents shouting in anger that he’d somehow “cheated” his way into getting it because he knew one of the members of staff. But nope, he’d grabbed it fair and square from the shelf, much to the frustration of the guy in the bobble hat. Brian had picked up the last one.

He paid for the doll and headed out the store, but the man with the bobble hat stopped him in his tracks.

“No thanks. My daughter has been eyeing this up for months. I’m not trading,” said Brian and hurried to his car.

In a strange Jingle All The Way fashion, the man lunged at him and grabbed the doll out of Brian’s hands. He shouted at the man and drew the attention of other parents who turned to see what was going on.

“Hey! Hey you! STOP!” Brian shouted while running to catch up. He pounced on the guy, rugby tackling him to the ground. Taking the doll back he remarked: “Huh, grown men fighting over a doll. It’s not even a Turbo action man!” And the crowd roared in laughter.

Safe to say, Emily was overjoyed when she found Princess Emily among her pile of presents. She didn’t stop smiling all day.